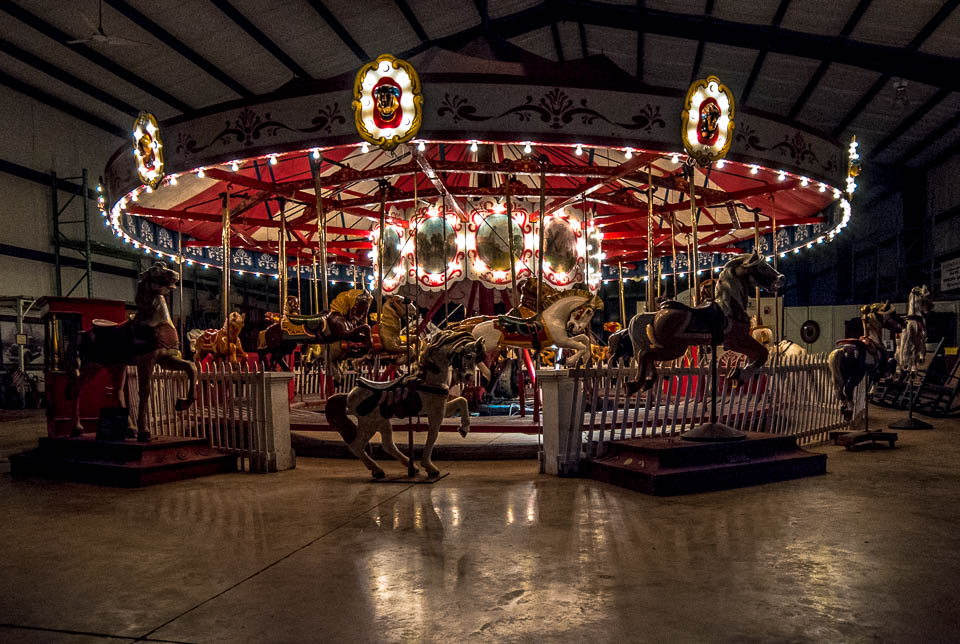 The pride of Walker Hill is “Little Beauty”, a carousel built in 1916 by the Allan Herschell Company in North Tonawanda, NY.  “Little Beauty” has not operated publicly since 1988 but is now operating at Walker Hill as one of about three operational wooden carousels in Georgia.

In the early 1900s, the carousel was the premier amusement ride. One of the biggest thrills was being able to travel faster than an automobile which attracted children of all ages for the “thrill” ride. During its hey day, the carousel showed off the hand craftsmanship that workers and companies would take pride in long before the day of the assembly line. Over a thousand carousels were once in operation; however, there are fewer than 200 at present.

“Little Beauty” boasts two rows of hand-carved, wooden horses that have carried hundreds of thousands of children (and adults) literally millions miles over the last hundred years. The last public appearance of “Little Beauty” was at the Atlanta Arts Festival in the late 1980s. One of only three operating hand-carved wooden carousels in Georgia, come to Walker Hill to experience the excitement and wonder of a carousel for yourself!